Nowadays IT education in Ukraine is booming. Year after year high schoolers dream about becoming IT specialists and having a career growth in the software development.

How much will manage to enroll in IT universities in Kharkiv and become a certified specialists with a diploma?

Kharkiv IT Cluster has conducted a survey on Kharkiv universities which train specialists. Basing on this survey, it was reported, how much school graduates annually study on IT disciplines and which disciplines refer to IT.

The survey demonstrates the dynamics of IT education in the last 4 years and also how do things stand with IT-education in other cities of Ukraine.

During the last 4 years, according to the data of 5 field-specific Kharkiv institutes, 7311 IT guys has graduated. The most were from KHNURE and KhPI. 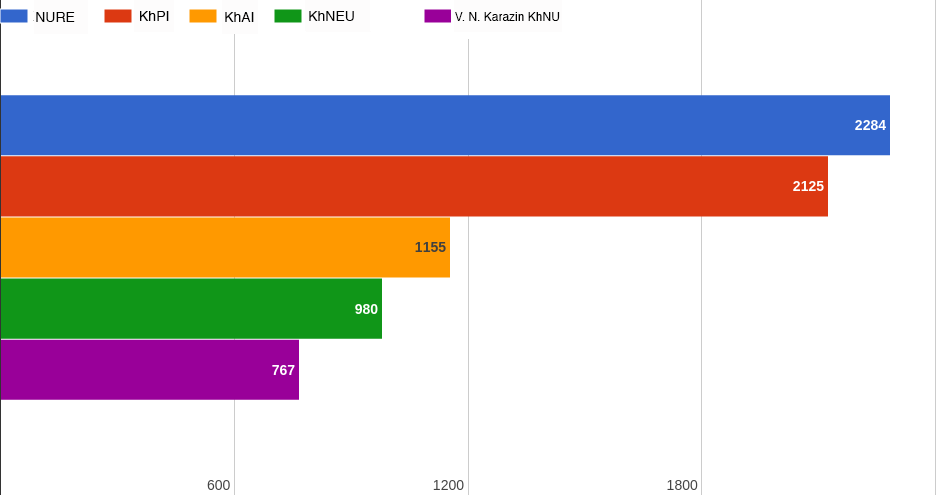 IT community is permanently discussing which specialities are undoubtedly refer to IT, and which are disputable. Kharkiv IT-Cluster has decided to make it clear and discovered the classification subject area and IT .

Information on areas is based on 2015 data.

The most in-demand IT speciality in Kharkiv is Computer sciences, which can be seen on the comparison of studying seats number for each speciality in 2015.

Copmarison of the number of studying seats for IT specialities

Having analyzed the dynamics of the demand for IT specialities in the 2010-2014 timeframe, it can be seen that Computes sciences was always in-demand and only gains momentum year after year. 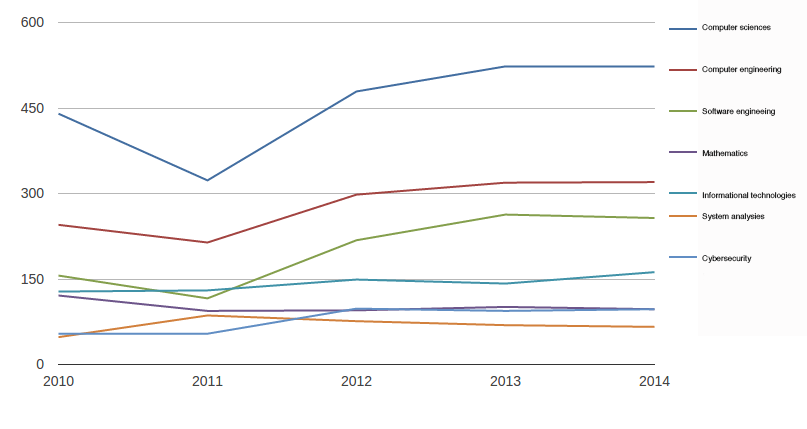 The drop of IT education in 2011 is apparent. All specialities except “System analysis” receded from their positions. But it is well-known that growth starts after the downfall, which is proved by the growth of enrollees’ number on IT specialities since 2012.

IT education today.Studying seats in Kharkiv, Kyiv and Lviv in 2015-2016 academic year

According to the assignment of studying seats between universities of Kharkiv, Kyiv and Lviv in 2015, Kyiv is leading.

Following field-specific institutes of each region were considered: 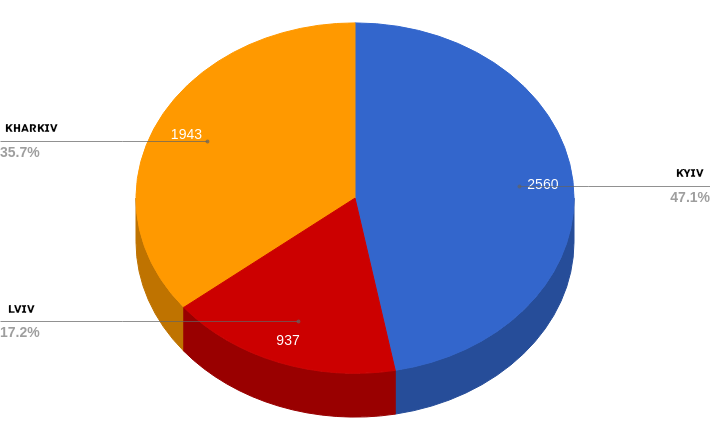 Comparison of studying seats number in the institutes of Kharkiv, Kyiv and Lviv in 2015

In 2015 “Computer science” keep moving forward, “Computer engineering” is overtaking and the last in top three is “Software engineering”.

The most in-demand It specialities in Kyiv, Lviv and Kharkiv according to the number of studying seats in 2015.

Kharkiv as an IT capital

Today there exist 1943 state-funded and contract studying places in Kharkiv institutes with IT specific and allied educational areas.

According to recent statistical data from  UNdata in 2013, there are 1.431 millions of people in Kharkiv. There is one IT guy for 1034 Kharkiv citizens, as in Kyiv there is one for 1237. This proves the leading position of Kharkiv compared to other huge regions of Ukraine. 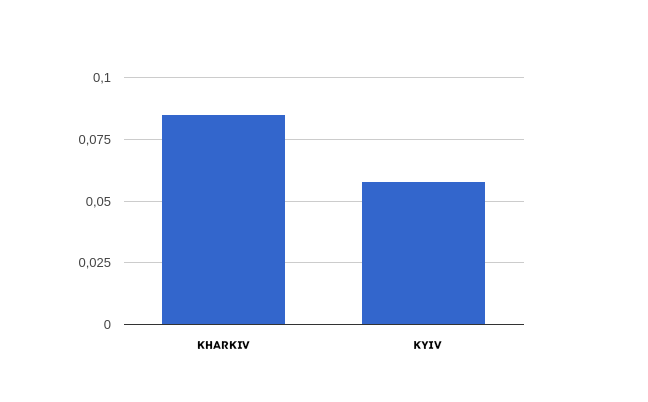 Gender Culture is the Path to European Standards

Kalocsa, the Pepper Capital of Hungary

“Peppers” (as known in English) are frequently better known elsewhere as “paprika.”

Mr. Stanislavsky has got big plans for the future.

I await my next move while walking the streets of my neighborhood in search of worthwhile stories.

How will International Business Survive the Fourth Industrial Revolution?

Everyone understands that the world will never be the same.